Would you be brave enough to visit these eerie locations in India and deal with the disturbed ghosts that are steadfastly resisting entering eternal life? Do you seem to be intrigued by the paranormal in any way? While most people make every effort to avoid coming into contact with the supernatural, a sizable portion of us intentionally seeks out the exhilaration of being encircled by the enigmatic unknowable. The judgments we reach are completely based on our own experiences, despite the fact that the reality of supernatural beings has been disputed for years. These haunting locations in India will put your bravery to the test. Although Indian horror tales are diverse in origin, they have the power to frighten the living daylights out of you – Haunted places in India

There are many haunted locations in India, and each one has a terrifying past or legend attached to it. They range from strange locations like courtrooms and classrooms to empty towns, shuttered mines, deserted forts, and eerie hotels. Here are a few of India’s most terrifying locations that you really must visit if you want to test your limits and look for the paranormal:

The abandoned town of Bhangarh, which is situated in the Alwar area, is one of the spookiest places conceivable and is widely regarded as one of India’s most haunted locations. Even the Archaeological Survey of India has made it illegal for anybody to visit the Bhangarh Fort after dark because of how hazardous it is said to be.

According to mythology, Ratnavati, the lovely princess of Bhangarh, and a tantric by the name of Singhia fell in love in the sixteenth century. Realizing it was a lost cause, he made the decision to utilize his powers to entice her. But the princess discovered his schemes and gave him the death penalty. He cursed the palace for destruction and the village to have no roof and eternal misery just before he passed away, furious at the course of events. Visit at your own risk since the nearby residents think anybody who enters the fort after darkness won’t come out alive. 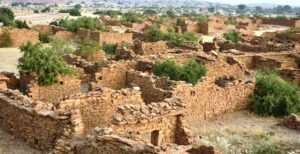 Rajasthan definitely has the best assortment of abandoned ghost villages and cities. The Paliwal Brahmins originally lived in the Kuldhara hamlet, which is close to Jaisalmer. According to legend, all the residents of Kuldhara and 83 other adjacent villages vanished overnight in 1825, leaving no sign of their locations. According to rumors, the minister of state found love with a local girl and had vowed to tax the entire town heavily until they wed her to him. The chief of Kulhara and the rest of the region left their settlements in order to save the female’s reputation, and he cursed the territory to be uninhabitable forever.

In Kurseong, Darjeeling, the Victoria Boy’s High School, and Dowhill Girl’s Boarding School are thought to be the homes of several ghosts, whose footsteps may be heard resonating through the corridors. Numerous residents and visitors have reported being trailed by a headless youngster who then vanishes into the forests. Countless dead remains have been discovered in the forests around the schools. 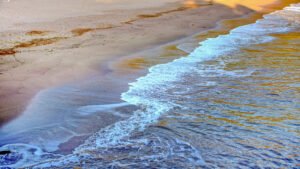 The dark sands of Gujarat’s Dumas Beach along the Arabian Sea coast have long been linked to a number of mysteries. Many people think that because the beach was formerly a Hindu cemetery, wandering nighttime visitors are being summoned back to the coast by restless souls. According to some tales, people who ignore the cries of the dead vanish eternally into the waves. Absolutely not for the timid, this beach. 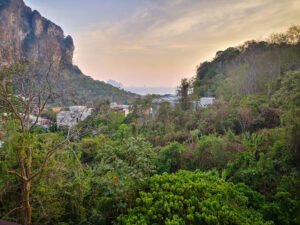 One of the most perplexing phenomena in the world occurs in this small community of 2500 people: recurrent mass bird suicides. Local and migratory birds have historically dropped to the ground in huge numbers during moonless evenings in September and October, but only in a particular region. This has confounded experts who, to put it mildly, find it exceedingly troubling because there is no logical explanation for why birds would fall from the sky dead in such a sequence. 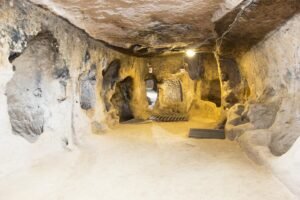 The Lambi Dehar Mines in Mussoorie, formerly a fully working lime mine with thousands of employees, are now closed and are regarded as one of the most terrifying locations in India. Numerous people lost their lives in the mines as a result of dangerous working circumstances, a lack of safety rules, and mishaps. These workers are now thought to haunt the tunnels. Here, it’s common to hear strange sounds and cries emanating from the mines. 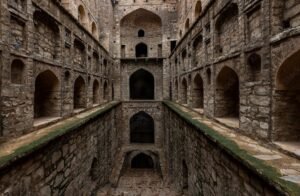 The ASI has designated this elaborately constructed old location in Delhi as an architectural treasure.

However, the locals think it is tormented by ghosts and demonic beings who prowl the dark corners and pursue tourists. Visitors have expressed complaints about entering and experiencing an inexplicable fear. 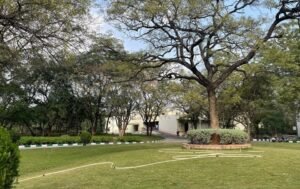 You might not be aware that one of India’s most well-known film towns was constructed on the corpses of Sultanate warriors, whose wandering spirits continue to plague the locations for movies today. Lights abruptly go out, mirrors become scratched, and equipment is constantly wrecked, injuring stuntmen. Women have reported being confined in rooms and having their clothing ripped by unseen forces. 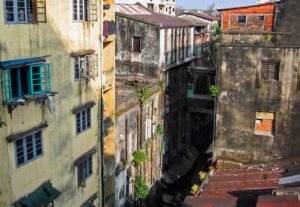 The inhabitants of this chawl in Mahim, Mumbai, have claimed to have seen the ghost of a woman who prowls the neighborhood at night and disappears without a trace once it is light outside. The neighbors think she was an elderly woman who, while fetching water, fell into a well and perished since no one heard her cries for aid. 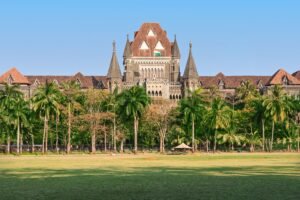 The attorneys at the Bombay High Court are of the opinion that one of the courtrooms is possessed by a spiteful, tormented ghost who prevents the accused from entering the chamber during every murder trial. According to reports, this has allegedly been happening for about three decades and is best recognized as a heritage site in Mumbai.

A residential ghost resides at the 178-year-old Brij Raj Bhavan Palace in Kota, Rajasthan, which was transformed into a heritage hotel in the 1980s. It’s stated that Major Burton’s gentlemanly ghost isn’t dangerous.

New Delhi, the capital of India, is home to a number of spirits and scary stories. Through airplanes, train lines, and road connections, Delhi is well connected to the rest of the nation. As a result, visitors do not encounter many difficulties when trying to meet Delhi’s most well-known ghosts, or more correctly, “ghosts”! A spiteful ghost of a woman dressed in white who asks drivers for a ride before abruptly disappearing is supposed to haunt the area near Delhi Cantt.

According to a persistent rumor, the dead who died while the airport was being built are said to haunt Hyderabad’s Rajeev Gandhi International Airport. It seems sensible that someone with even a passing fascination with the supernatural would be spotted scouring the internet for inexpensive tickets to India that arrive in Hyderabad.

There are many scary tales beneath the walls of a powerful fort erected by the Peshwa Dynasty. None is more devastating than what occurred at this powerful fort hundreds of years ago. On the advice of a close relative, a prince who was the heir to the kingdom was murdered. It is reported that anybody who approaches the fort after dark still can hear his calls for assistance.

Admin staff uses this ancient building as a workplace, however, due to its bad image, no one works there after sundown. The building contains several rooms that are unoccupied and haven’t been used in years. These secluded chambers are said to be cursed, and the evenings bring about weird happenings like high-pitched laughter, cries, and murmurs, according to the many tales that contribute to this place’s notoriety. The location is very eerie because inquiries have not turned up any clear explanations for any of these occurrences.

If you accept the legend surrounding the Three King Church in Goa, a cursed church may seem like an oxymoron, yet it is genuine. A legend claims that this chapel witnessed the murder of two monarchs by a competing king who desired to control the whole realm. In response to the popular uproar, he poisoned himself immediately after killing the two kings; even then, the cathedral has been haunted by the ghosts of the three kings. In and around the church, locals and guests have claimed to experience weird noises and “a peculiar, menacing presence.” Although the church grounds offer a beautiful sunset location, the majority of the population leaves by late midday due to the local legends of terror.

In this instance, the name serves a function. Because of its alleged connection to the supernatural, the location is notorious. The remains of the deceased are left on the rooftop for eagles as well as other scavengers to feed on as part of the Parsi community’s usage of it as a cemetery. This location ranks relatively high on the list of Mumbai’s most ghostly sites due to its notoriety and reports from locals who claim to have felt “an unsettling presence” when passing through the region. The Madh Island Road (where, according to rumors, a bride’s ghost chases people) and Mukesh Mills may both be included to the list of the scariest locations in Mumbai. Approaching one of these purportedly cursed locations in Mumbai even before it gets night would be enough to frighten the beat the hell out of anyone, even though most of these areas have individuals keeping a watch to keep anybody who intends to enter after sundown away – Haunted places in India. 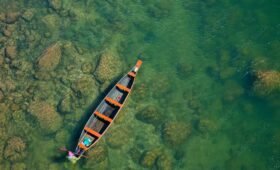 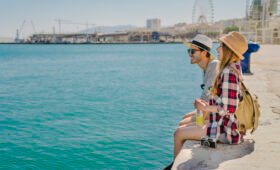