Are motorbikes only for boys? Well, if it’s a yes then why should boys have all the fun? If you still think that bikes were made for boys then we are sorry but you are way behind the times. Girls on motorbikes are all rage these days.

Women on bikes look free and that’s what maybe society took time to understand. Well, is a means of transport any gender-biased, or is it the minds of people we should blame?

One in five motorcycle riders is a woman, according to a recent Motorcycle Industry Council poll. This discovery completely alters society’s assumptions and perspectives. Women can ride motorcycles and they are skilled at it.

In the twenty-first century, gender norms are eroding and could soon be outdated. No longer a prerequisite for learning a skill or pastime is gender or sexuality. Both a guy and a woman can ride bicycles. On a larger scale, there is still more work to be done. But the shift has already started.

Well, watch a female riding a bike with all her wrath if you ever want to witness power in action. Nothing is more powerful than a female, believe us.

Well, for all the queens out on their bikes, here are a few tips you should consider in order to befriend bikes harder.

Pretty scarves may be adorable, but they will inevitably come undone and irritate you, which makes them unsafe because you won’t be paying attention to the road. Avoid wearing anything that can make you uncomfortable, such as skirts and satchels.

We know there are a ton of options when it comes to hairstyles, but when you are riding make sure your hair is well combed and doesn’t untie easily. Avoid doing anything that would make your helmet uneasy. Although a high ponytail is lovely, wearing a helmet might make the band irritate your head.

The same is true for grips, clips, and hair clips. Additionally, avoid pulling your hair back by securing it too tightly; this is very annoying. On the other hand, loose hair will make a mess when riding a motorcycle and is likely to fly into your face, which is annoying and frightening.

Shirin Shaik was unconcerned about societal preconceptions. Shirin is a single mother who is pursuing her passion for riding motorcycles. By riding a Royal Enfield Thunderbird 350CC, Shirin disproves preconceptions. Shirin began riding a Yamaha Rx 100 at the age of 14 with the assistance of her uncle. Shirin thanks her parents for their support and assistance in raising her child as she balances her profession, passion, and other aspects of her life. According to Shirin, her parents instilled in her the values of not listening to what others say and following her heart. She advises every woman to overcome obstacles and pursue her aspirations.

In order to satiate her love for motorcycle riding, Urvashi Patole co-founded “Bikerni,” India’s first all-female motorcycle squad. Since she was a teenager, Urvashi has found biking interesting. Urvashi had a mishap while carrying out a tiny trick. But she persisted despite that. In college, she acquired a 125cc Bajaj XCD for herself. Women who are passionate about riding motorcycles have a platform thanks to Urvashi. Women of all ages can be found riding Royal Enfields and pursuing their aspirations.

Roshni Sharma is an adrenaline addict who enjoys scaling heights and taking weekends off from her desk job to go off-roading. At the age of 26, Roshni embarked on a 5,453-kilometer solo bike ride from Kanyakumari to Kashmir, becoming the first woman in India to do so. She covered 11 states on the difficult journey while navigating challenging mountain ranges and terrains. Sharma demonstrated that a woman can accomplish anything if she is committed to doing so. This rider has undoubtedly got steely nerves.

Dr. Sarika Mehta became interested in biking after hearing a male acquaintance say that women shouldn’t ride bikes. She said that her goal was to establish her own righteousness rather than to disprove her buddy. Dr. Mehta learned to ride a bike from her husband, but learning to ride a bike wasn’t easy for Sarika because she came from a strict home. But her tenacity won out above all. She is the first woman in India to ride a motorcycle through ten nations, including Myanmar, Laos, Nepal, Bhutan, Vietnam, Cambodia, Thailand, Malaysia, and Singapore. To support and inspire women who love bikes, she formed The Biking Queens, an organization for solely female cyclists. While biking around several States in India to encourage education for girls, Sarika advocates for the Government of India’s project Beti Bachao Beti Padhao.

Anam Hashim elevated women’s bicycling to a new level by becoming a stunt athlete when women and bikes are typically seen as diametrically opposed. Only Anam, an Indian, competed in and won an international stunt competition in 2017. She was also among the first woman to ride a TVS Scooty over 2,150 kilometers to Khardung La. Hashim excelled not only in stunts but also in racing, winning one of the most difficult races, Desert Storm, in a single attempt. The bike doesn’t know your gender, according to Anam, who also exhorts women to go forward and consider professions in motorcycling.

Off-road racing is done by Aishwarya Pissay. She made her racing debut at the TVS One-Make Race championship for women when she was 21 years old. After three years, Aishwarya won the Baja Aragon FIM series in Spain at the age of 24, making history as the first Indian woman to do it. At the age of 18, Aishwarya began riding for an MTV show, and in 24 days, she went from Gujarat (Rann of Kutch) to Meghalaya (Cherrapunji). Aishwarya has changed the face of motorcycle racing with her six championship victories in on-road and off-road competitions, and she now leads the women’s division of the World Championship.

Roshini Misbah also referred to as the hijabi biker, has been passionate about bikes her entire life. People were in awe as she arrived at her college on her first bike, a Bajaj Avenger Cruiser 220. After selling her Bajaj Avenger Cruiser 220, Roshni went on to purchase the renowned Royal Enfield 500. Later, she discovered a specific interest in sports bikes and purchased a Honda CBR for herself. On her journey to becoming a motorcyclist, Roshni also encountered obstacles, particularly from her family. Roshni, however, claims that her father was her rock and pushed her to follow her passion.

Maral Yazarloo maintained her passion for motorcycles while taking on a variety of tasks, including designing her own clothing line, developing marketing plans for a prestigious corporation, and riding with Harley-Davidson. Yazarloo is recognized as “India’s Best Female Superbiker” and is the owner of a Harley Davidson Night Rod, a Ducati Diavel, a Harley Davidson Fat Boy Special, and a BMW GS. Yazarloo is particularly careful about motorcycle clothing, saying that each rider should have a protective helmet, gloves, and robust riding boots. Maral Yazarloo visited 67 different nations, but her favorite vacation was a bike ride from Italy to the Alps.

Dr. Neharika Yadav is a dentist by trade and a motorcycle enthusiast by ardor. She achieved the 20th-fastest time out of 97 male riders at the 2015 KTM open track, earning the title of “India’s Fastest Lady Super Biker.” Dr. Neharika often competes in motorcycle races while riding her Ducati Panigale 899. On her Ducati, she established a lap record at Buddh International Circuit of 2:23. (BIC). Dr. Neharika enjoys both her career and her passion, and she claims she enjoys finding a balance between the two.

Esha Gupta left her position with an MNC to pursue her passion for bicycling excursions. Her Bajaj Avenger motorbike has almost 75,000 kilometers on it. In 2014, Esha cycled the 7,000 km (40 days) Golden Quadrilateral between Mumbai, Delhi, Kolkata, and Chennai. In order to determine if a female rider can safely operate a vehicle throughout the nation, Esha has taken solo trips to over 16 states in 2016. She comes to the conclusion that women can bike without fear on Indian roadways.

Well, yes you read that right celebrities in reel as well as real-life ride motorbikes, but what’s new right? Well, how about when we say female celebs like :

Just to name a few…. 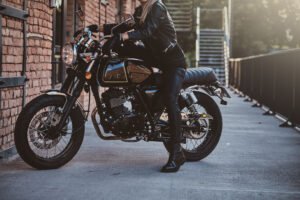 The top motorcycles for women in India are listed below.

Riders seeking long-distance travel will be catered to with the Bajaj Avenger Cruise 220. The handling and performance of the KTM Duke 390 are flawlessly balanced. The Suzuki Gixxer FI has a straightforward aesthetic and understated graphics.

Another lightweight motorbike in the category with a variety of features is the TVS Apache RTR 200 4V. For beginners or inexperienced riders, the KTM Duke 125 is a decent motorbike. Women seeking a strong city commuter might benefit from the Bajaj Pulsar NS 160. An air/oil-cooled, fuel-injected, single-cylinder, 160.3cc engine that produces 15.2bhp and 14.6Nm of torque powers the Pulsar NS 160. For enhanced security, the bike has single-channel ABS.

The Royal Enfield Himalayan provides the ideal balance of off-roading and long-distance commuting. The most powerful and accommodating 200cc motorbike available in India is the KTM Duke 200.

Want to experience Adventure on the bike? Kaizen Adventours is the best bike tour organizer. We provide you Hassle-Free bike tours, Experience. Get ready to make your dream of riding 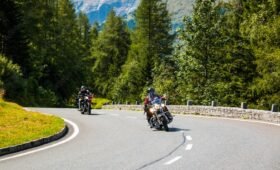 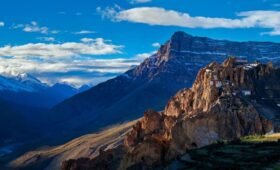 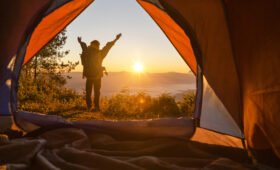